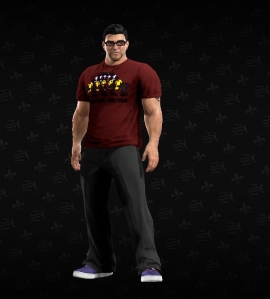 My cousin and I have beaten the third Saints Row game, and I must say, as much fun as it is, the story is a bit weak. The second game definitely felt more epic in scale, but not as wild and crazy. It is like the restraint went out the window on this game, but to pop in, relieve some stress, and then get back to real life, I don’t think I’ve played a better game. Jumping from hundreds of feet in the air, flying crazy VTOL planes, a jet bike, customizing cool cars, your appearance, your weapons, and your gang, calling in a tank and some air support. This game is a fun sandbox to play in.

I’m hoping my cousin and I will jump back into the game to try out the other ending, as well as to complete some more of the side quests and objects in order to get our overall game status closer to one hundred percent (mine is currently at around 70%, despite the storyline being completed).

If you haven’t tried Saints Row: The Third, I hope you find a way to check it out, for no other reason then to be completely outlandish, and a bit crazy in a way that you should never be (and probably couldn’t be) in real life.