I figured after mentioning that there are still a large number of accessories I want to buy that it would be a good time to list them (my birthday is coming up in two months, and you never know). 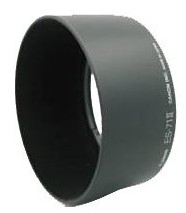 Canon ES71II Lens Hood – for the 50mm lens I just bought. It will stop the sun from ruining shots.

Canon BG-E8 Battery Grip – this will allow me to put two batteries in my camera instead of just one. I don’t need to have this, as just having an extra charged battery or two in my case would be fine, but it also allows a better grip when turning the camera ninety degrees.

Canon LP-E8 Battery Pack – An extra battery to allow me to take more shots. I haven’t come across a situation yet where I needed an extra battery, but it never hurts to have one.

Canon Speedlite 270EX – better flash than the built-in one, this would allow me to illuminate indoor shots better so that my lack of a steady hand, and weak flash wouldn’t ruin any more photos.

58mm Hoya polarizing filter – I actually would like two of these. They allow me to take pictures of objects that give off reflections while reducing the amount of reflection. I could take pictures of things just under the surface of the water, or through the windows of my parked car without being in the shot thanks to reflections.

Did I mention that digital photography can be an expensive hobby? These things don’t even include the t-mount and telescope I want to take pictures of the stars, moon and some nearby planets.