So this month, I had the opportunity to participate in two very different photo shoot sessions thanks to the Ottawa Photography Meetup Group. The first one was the Vintage Photo Shoot at the Experimental Farm with CJ and Kathy. The second was a Liquid Latex Shoot with Kory. I wasn’t really looking forward to either shoot, despite having interest in learning how to shoot models, I wasn’t feeling confident, and that nervous energy is often something that ruins experiences for me. 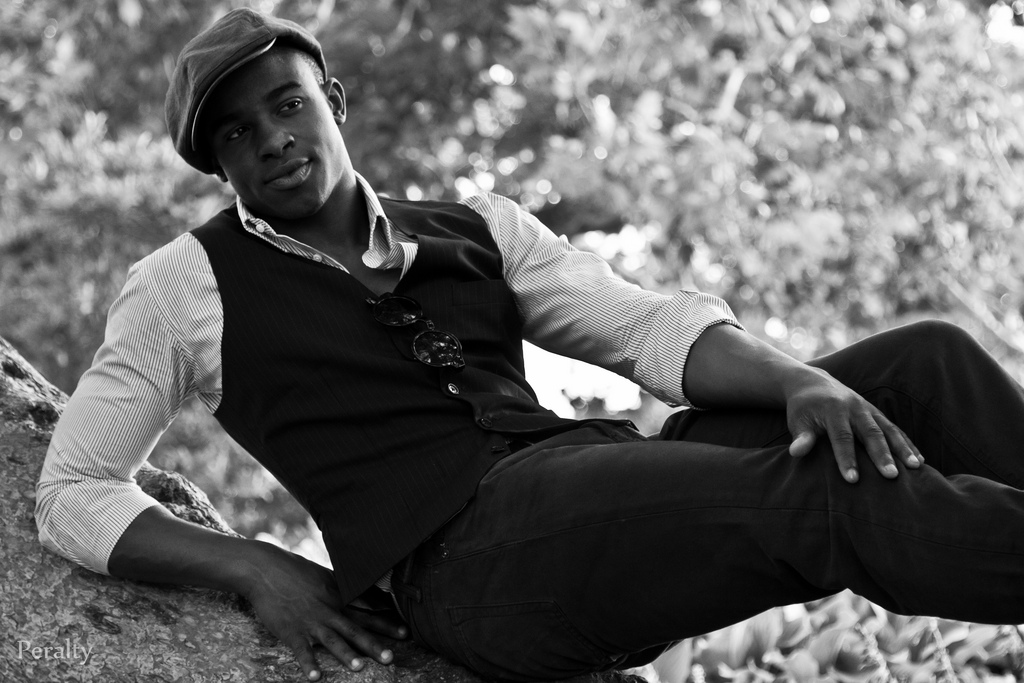 Vintage Shoot
Getting out to the Experimental Farm was a bit of a challenge, but once I got there, I understood the appeal of the location. It was the only place within the city that had any green grass or blooming flowers. This summer has been incredibly dry, and most areas had not weathered well. In searching for the location, I ran into the two models, CJ and Kathy, who I became fast friends with.

Having a chance to talk to the models before the shoot really helped me connect to them better, and despite being an amateur, I found that my connection helped me get shots I could be happy with, especially for my first attempt.

There were more than a dozen other photographers at the event, and with two models, we quickly separated them and went off to do some solo shots with each of them. It was a bit of a mad house with half of each group having a strong idea of what they wanted to capture and the other half just going along for the ride, and attempting to take good pictures and learn what they could. I jumped back and forth between the two sides, sometimes giving minor direction, trying to pull out that twinkle in the eyes that people get just after they finish laughing, and still feeling nervous about making a mistake, and wanting to get some great pictures.

As the sun started to set, we brought the couple back together to take some shots, and found that while they were both strong at posing, we couldn’t easily get them to really feel like a couple. By the end of the night though, I think everyone had gotten some amazing shots of them. I had to dart out to catch my bus before the very end, but by then the light was such that I wasn’t getting anymore good photos anyways. 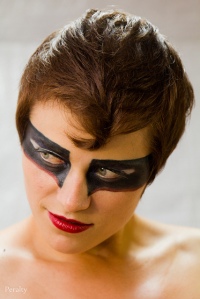 This was a very different shoot from the vintage one. There was only one model, four photographers, inside a garage studio set-up, and nudity.

I got out to the host’s location nice and early and got to see the set-up before most of the photographers arrived. We were told to bring our flashes, so I did, but my camera had been having some issues, including communicating properly with the flash. It could set it off, but not control power properly. I did some test shots of just the wall, and my equipment was definitely failing me. I changed to manual, and set my flash to the same. I fiddled with the controls for around twenty minutes until I got an exposure level I was happy with.

Once we started, it was amazing how perceptions change. Many people commented on how there was nudity in the shoot, but while taking pictures, I really didn’t have a chance to notice. You focus on composition, lighting, and whatnot. The model was concerned about her stomach as she had a young child, and so that was kept in the forefront of my mind as well. I wanted not only to create images I was happy with, but I had hoped to get some that she would be proud of. I keep telling everyone that it wasn’t until she removed the latex that I finally noticed the nudity due to the stark contrast between the paint and her flesh.

Over the course of the morning, we spent three hours with Kory taking images. Painting her body the first time, creating the super hero look, stripping it all away, and then dumping latex paint on herself, and then stripping that away. It was a very cool concept, and a wonderful shoot. Some photographers were really getting pushy as they tried to get positions that would be ideal for them, and I found myself being very passive in this shoot. My favourite shoots, though probably not the best shots, are of Kory being silly, as she has such a unique look. I kept thinking of the movie Tank Girl as she has that strong/crazy/fun look to her.

You can see photos from the event on my Flickr account, only if you are logged in as many of them are NSFW due to nudity: Liquid Latex Set