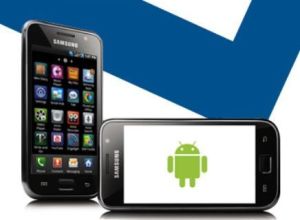 So, after having the absolute cheapest cell phone I could get for over a year, I decided that I wanted to get a better one. I’ve been looking at the iPhone 4 since early announcements of it came out, and I’ve been drooling over the idea of having a computer in my pocket that’s always connected to the Internet.

I was focused on buying the iPhone 4, but the more I read about it and its competitors, the more I wanted something different. I feel like cell phones can become part of an identity. When I mention a Blackberry user or an iPhone user, for many people they immediately get an idea in their head about what that person is like. I also wanted to get a phone with an operating system that I felt I could be comfortable with, and while I have some history with the iOS from using my iPod Touch, I wasn’t really a huge fan of it.

At the end of the day, I decided I wanted an Android phone, and so I began searching out the best phone using that operating system. I almost settled on buying a HTC Legend from Virgin Mobile, and while I like Virgin’s plans and attitude, in my opinion, the Legend wasn’t the best hardware currently available.

Then I decided to look at Mobile Syrup, a blog I’ve come to be a devout reader of, and they discuss the Samsung Galaxy S in great detail. There are two variants of the Samsung Galaxy S, the Vibrant and the Captivate. Rogers will have the Captivate soon, but I didn’t want to wait what could be another two or three weeks. And at the end of the day, the physical differences are all just a personal issue, and not one that changes the usability.

So, I went to the local Bell store (yes, I know many of you are in shock right now because of the common hatred for Bell, a feeling I share with all of you) and I bought the Vibrant.

I am not sure how I feel about Bell yet, but the voice service, data connection, and customer service I received so far have all been stellar.

The phone though is really what is impressive. Using the Android operating system has been so amazing. I love the Swype keyboard, and the applications that I’ve installed so far. Text messaging has been super easy and quick. I tested out the device for nearly half an hour at the store, and was giggling a fair bit. I am sure the sales people thought I was crazy. If you haven’t had a chance to try out the Samsung Galaxy S Vibrant, or one of the other Android devices out today, then I suggest you run down to the store and try them out.

I feel like I have a super portable laptop in my pocket that can connect to the Internet anywhere and allow me to place and take phone calls. What could be better? I’m definitely sold on the Android OS.