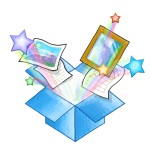 So, I finally upgraded my Dropbox account. I have been wanting to do it for a while now. The three gigabytes that I had just wasn’t cutting it any longer. I wanted more space, and paying $100 a year for 50GB was super tempting. I’ve long been a fan of Dropbox, and got the last company I worked at to sign up for a Teams account at great expense, but I feel comfortable in knowing their data is safe, and so do they.

Recently, Dropbox announced that it was doubling the space available for its current paid plans and adding a new upper tier plan. This mean that instead of 50GB for $100, I was going to get 100GB for $100.

Today we’re happy to announce that our upgrades are getting a huge upgrade! Dropbox Pro now comes in flavors of 100 and 200 GB, but at the price of the original 50 and 100 GB plans. For those of you who need even more space, a brand new 500 GB plan is also joining the posse! If you’re already a Dropbox Pro subscriber, just take a seat and enjoy the fireworks — your Dropbox will supersize itself automatically tonight.

At this point, how could I resist? I have 100GB of storage that I can access on my phone, from the Internet, and of course my computer. It is backed up, safe from any hard drive crash I might experience. My documents, some pictures, and other created files live on my Dropbox account.

If you don’t have a Dropbox account, you can get a free one with 2GB of strage space. If you have a Dropbox account, it is probably time you upgraded to the paid solution at $10/m or $100 for the year. Either way, click here, and we both get a little space boost as well (doesn’t cost you anything extra, and we both get a little extra space…win-win).